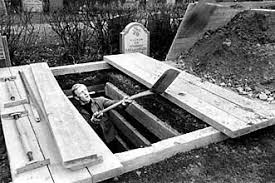 And when he is born, his time on earth will have begun
Although, each day ticks away
He will one day grow up and ask: what have I become?

This question will haunt him and follow him around
It’ll hover, whisper and squeal
And won’t ever back down

Where did all the people go?
Just an unfamiliar world
Where friends have become foes

About My Write To Read

It would be difficult to imagine a world without influential writers who broke down barriers and turned complex ideas into eloquent masterpieces. I hope to become one of those writers someday. There is still a lot to learn as much as there is to write about, but I know my passion for putting thoughts and opinions on paper will help me flourish into an independent thinker and writer. Sometimes we often place ourselves outside of the world, oblivious of the effects of change, but as a writer I am striving to submerse myself into the events, catastrophes, and activities that are a part of every day, in order to understand why things are the way they are. The world is my artist and my canvas is this blog, and you? You are my audience, observer, critic, and valued reader. My Blog: https://mywritetoread.wordpress.com/
View all posts by My Write To Read »
« Previous post
Next post »